We receive the badge of the Baix Empordà Tourist Accessibility Plan

The Baix Empordà County Council recognizes Casa Santa Elena as one of the companies that promote inclusive tourism within the Tourism Accessibility Plan they have promoted, under the slogan: "Turism for all in Baix Empordà". ​​​​​​

Casa Santa Elena, represented by the superior of the Community and the director of the Centre, was given the hallmark on 31 May 2022, at the event held in the Parc des Estanys de Platja d’Aro (Girona).

The Centre appears in the publication where it is collected in the tourism companies and services of the region that have participated in the Plan and that have passed the accessibility validation visit made by a specialist company.

The publication encompasses 31 diverse proposals for inclusive tourism and is edited in Catalan, Spanish, English and French, as it will be distributed through the tourism offices and municipalities of the region; although it will also be available in the companies and services participating in the publication.

Casa Santa Elena has been recognized for continuous improvements made to improve accessibility, being ready to receive persons with reduced functional mobility, with hearing and/or visual impairment.

House spaces have been adapted to integrate, facilitating mobility and promoting the autonomy of all people, putting equity at the centre of everything and promoting common welfare, without leaving anyone behind. 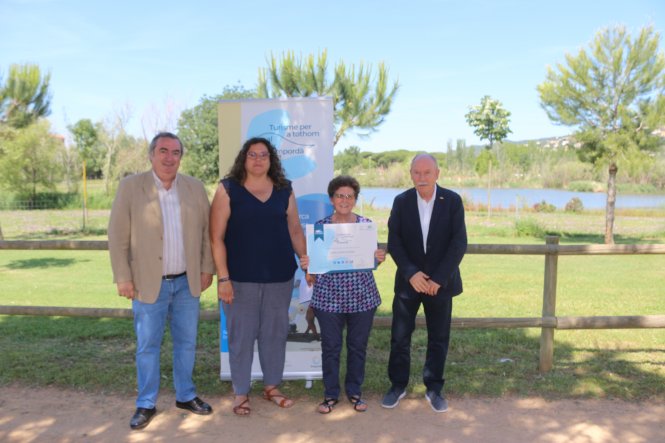 Send us an email

Below you can select the category of cookies you want to enable so that we can improve our services. The only category that cannot be disabled is technical cookies, as they are essential for the correct functioning of the website. For more information on all cookies, please see our cookies policy.
Necessary Always Enabled
Necessary cookies are absolutely essential for the website to function properly. These cookies ensure basic functionalities and security features of the website, anonymously.
Functional
Functional cookies help to perform certain functionalities like sharing the content of the website on social media platforms, collect feedbacks, and other third-party features.
Performance
Performance cookies are used to understand and analyze the key performance indexes of the website which helps in delivering a better user experience for the visitors.
Analytics
Analytical cookies are used to understand how visitors interact with the website. These cookies help provide information on metrics the number of visitors, bounce rate, traffic source, etc.
Advertisement
Advertisement cookies are used to provide visitors with relevant ads and marketing campaigns. These cookies track visitors across websites and collect information to provide customized ads.
Others
Other uncategorized cookies are those that are being analyzed and have not been classified into a category as yet.
SAVE & ACCEPT
Powered by